I recently joined an Instagram live chat with blogger, author and good friend, Claire Eastham called ‘Why Support That Bitch?’ Claire was keen to explore the reasons around why women tear other women down. And, as this is something I myself am always saddened to see, it felt like a brilliant opportunity to get the message out there.

So what is the message? The headline of this blog post will probably remind you of recent Black Lives Matter messaging about why we all need to play a more proactive role in being anti-racist. Sharing the hashtag, if you’re not going to stand up for equality in your every day life, simply isn’t enough. And it made me think – it’s the same when it comes to misogyny too.

Misogyny plays a toxic role in society. It can fuel inequality, discrimination, sexual harassment or assault, mental health problems, lack of self esteem and so much more. Not to mention keeping serious talent from making a significant impact on the world around us. However, just as feminism isn’t something solely for women to involve themselves with, misogyny isn’t something just men should reflect on.

Instagram queen, Florence Given, tackles this subject in her work. In an extract of her book, Women Don’t Owe You Pretty, shared with Glamour magazine, Florence argues that society has provided all of us with some degree of internalised misogyny. Examples of how this plays out is where women become increasingly competitive, celebrate other women’s flaws or consider that women shouldn’t behave in certain ways.

And she’s absolutely right saying that we should all reflect on this. Most of us have been guilty of it at some point in our lives – and it often dates back to early childhood. We might feel jealous when a good friend did better than us at school or in dance class or simply getting the attention of the boys. In my case, I was actually bullied at both junior and secondary school so I was often on the receiving end of what was, in most cases, jealousy.

But these experiences made me appreciate my female friendships even more and I’ve also ensure I reflect long and hard if a particular emotion like jealousy bubbles up as to what is really driving it.

And if we are aware of what is driving it, we will come to realise that it is in fact driven by misogynistic narrative – another point reinforced by Florence Given.

In tearing down other women we are slowly destroying the one thing we have all campaigned for over many, many years and generations. Feminism.

How can we argue that women should have equality while at the same time criticising success, outspoken behaviour or the embracing of sexual freedom?

I have done a lot of work on the role of forgiveness and I think there’s a really big role that forgiveness can play in this respect as well. Rather than hating ourselves for having experienced these jealous thoughts in the past, or pretending that we never felt these things, we should acknowledge them and forgive ourselves. The problem is, unless you dohonestly acknowledge them, you can’t learn and move on. It’s the same with anything – mental health stigma being a good example. Before brilliant campaigns such as Time to Change, we were probably all guilty of using stigma. Sometimes because we didn’t know better, sometimes because we feared something that we didn’t need to fear. But unless we acknowledge it, forgive ourselves and move on, we can’t truly question our past beliefs and learn from them.

Every experience we have or opinion we form – good or bad – we can learn from. And not only can we learn from it, but it can actually make us feel better about ourselves too. Forgiving ourselves and practising what we’ve learnt in the process positively impacts our own wellbeing.

It might be difficult to comprehend if you are consumed with jealousy, but practicing actions that support other women is incredibly self-soothing. For example, if you see a friend getting lots of Instagram likes, shouting about a new relationship or being promoted into an amazing job – celebrate this with them. No matter how jealous it makes you feel. The more you practice this, the better you will feel and the greater your self-esteem will become.

And if we all take these small steps collectively, we will all be playing into the open arms of feminism, rather than the toxic tentacles of misogyny.

For news and updates about CHAMPS please sign up below.

How can you help your team’s Mental Wealth and performance in a post-COVID world?

Life and work as we know it has been undoubtedly shaken since March 2020. To help you prioritise employee well-being and increase performance and Mental Wealth, we have created the ‘Building your Wellbeing Culture with CHAMPS’ brochure. This will give you a great sense of CHAMPS and what it is like to work with us as well as setting out the services we provide. 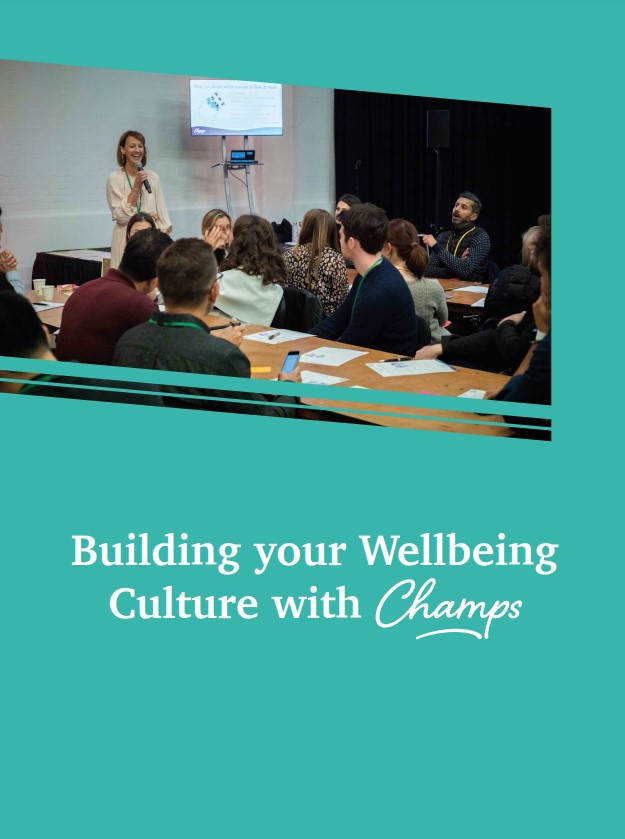